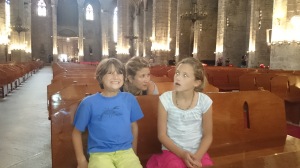 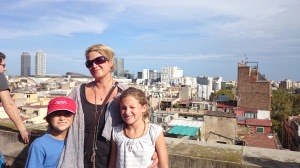 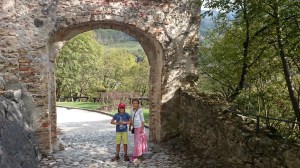 We were a little loose on where exactly we would go with the kids this past year. Europe was fairly well-planned, but boat-living was (and HAD to be) organic, flexible. It had to FLOW.  It wasn’t until late May, when I sat down with the kids, thinking about our end-of-year projects and we decided to make a list of everywhere we went and studied, followed by specific points of interest in these locations. Tony and I were committed to taking guided tours whenever. wherever we could and made a point to find those parental “learning opportunities” as they arose.  So often in mainstream educational life, these opportunities are quite limited if only because our children are scheduled to the max in school, activites, sports and camps  –  all good things, but when does a parent have their time?

Our school books were contained to one small “roll-y” luggage that could fit on airplanes easily and wheel from boat to a marina if needed.  We took our travel-school to hotels, villas, marinas and studied in restaurants, balconies, and boat cockpits.  Flexibility, organization and curiosity to learn, are vital to making it all work. 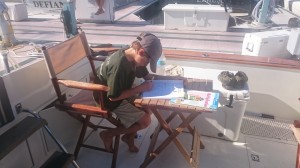 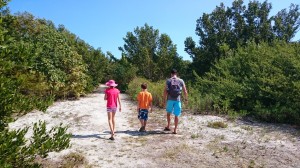 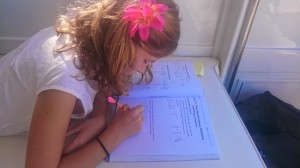 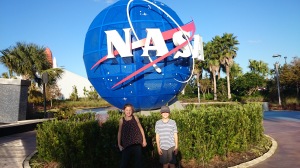 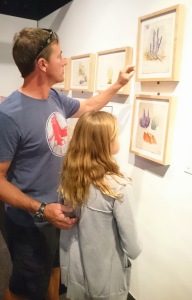 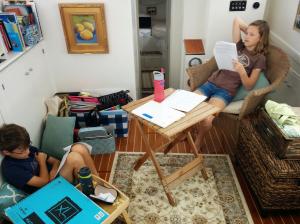 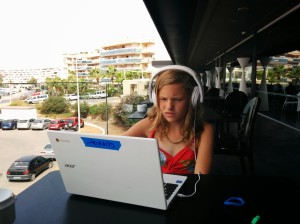 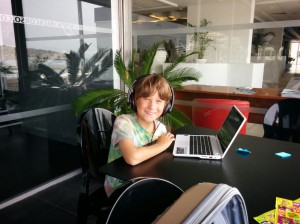 This list pertains to the 2014-2015 school year.  We completed our school year in Newport, homeschooling at home.

Palace of the Popes, Avignon, France

Rock climbing on the Via Ferreta, Arco, Italy