Filling the wine cellar before leaving for the Bahamas while Oliver does his math in the v-berth: a perfect example of how it sometimes goes while travel-schooling. 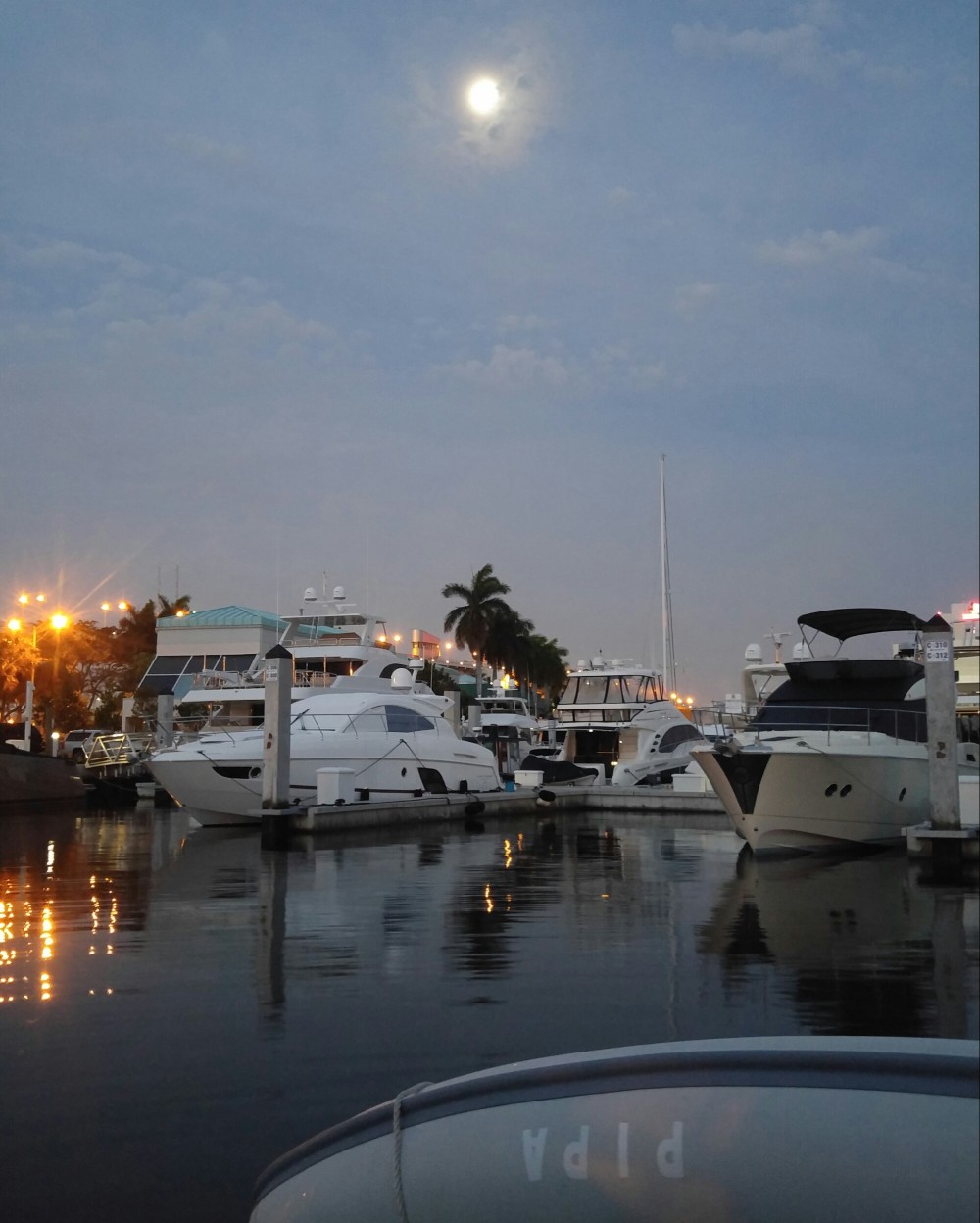 We were provisioned and organized early to leave at first light Saturday morning from Ft. Lauderdale.   Things were pretty well buttoned down inside the boat, but you never really know until you get going and in the end we fared just fine. Tony and I are both avid preparers. We think alike in the ways we organize, so between the two of us we tend to overthink a lot and thankfully, miss little.  The winds were predicted to be light and variable from the SE, with a 1-2 foot swell.

Our reality was a little windier than that – the swells were about 4-5 feet, which is a lot on a 40’ boat, but at least we had a decent speed (no photos possible during the rough stuff!). 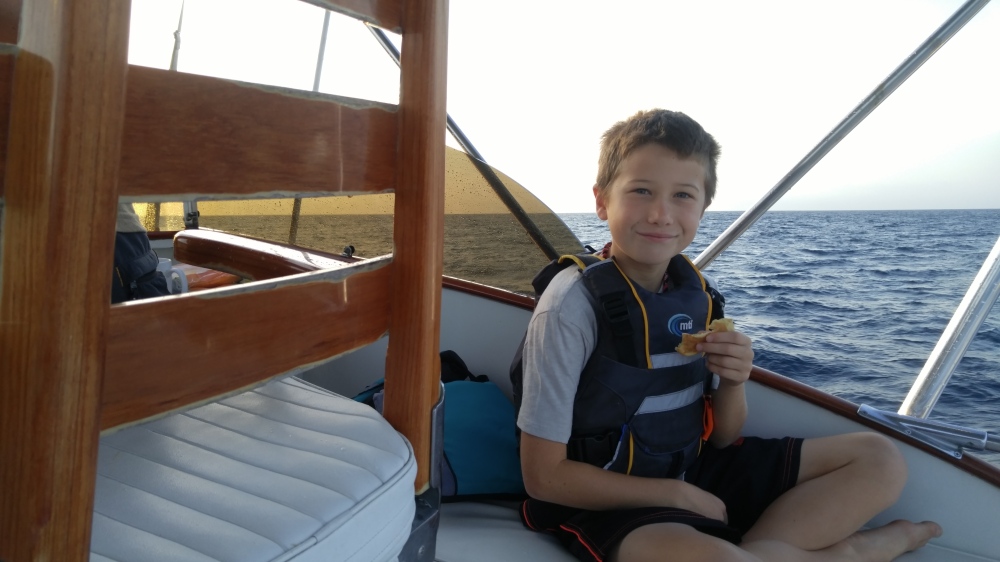 Notice the difference in water color. The top photo was taken on the calmer, eastern wall of the Gulf Stream. Water is dark blue and depth between 2-3,000 feet.  The bottom photo is inside the Abaco sound – bright, aqua blue water and depth of about 5-10 feet. 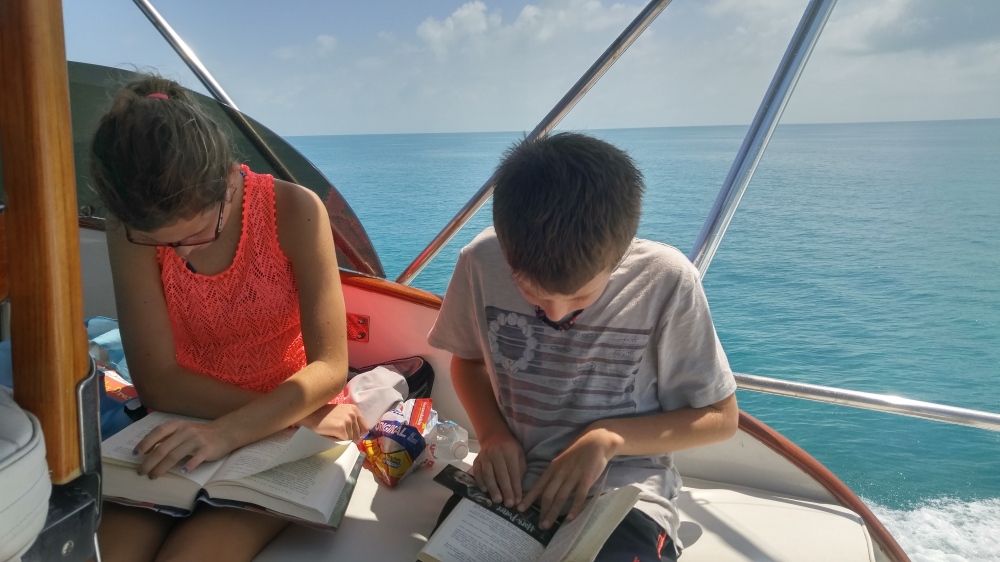 After we hit flatter water, the books came out!

Once we crossed to West End (which took about 4 -1/2 hrs) we were in heaven at the color and beauty of the Abaco Sound.  We travelled about 120 n miles (9+ hrs) that first day. By afternoon, we found a nice anchor spot at Great Sale Cay, went for a swim, flew our yellow quarantine flag and got settled for the night.

As this was “Easter-eve”, we had some egg-coloring to do as well as some decorating craft projects!

It was no small feat crossing our first Gulf Stream on our boat-home, so we took the time to remind ourselves what an accomplishment this was! Taking on adventures together as a family means we all work hard to make it happen. Our adventures on Cortado challenge us individually and always bring us closer. 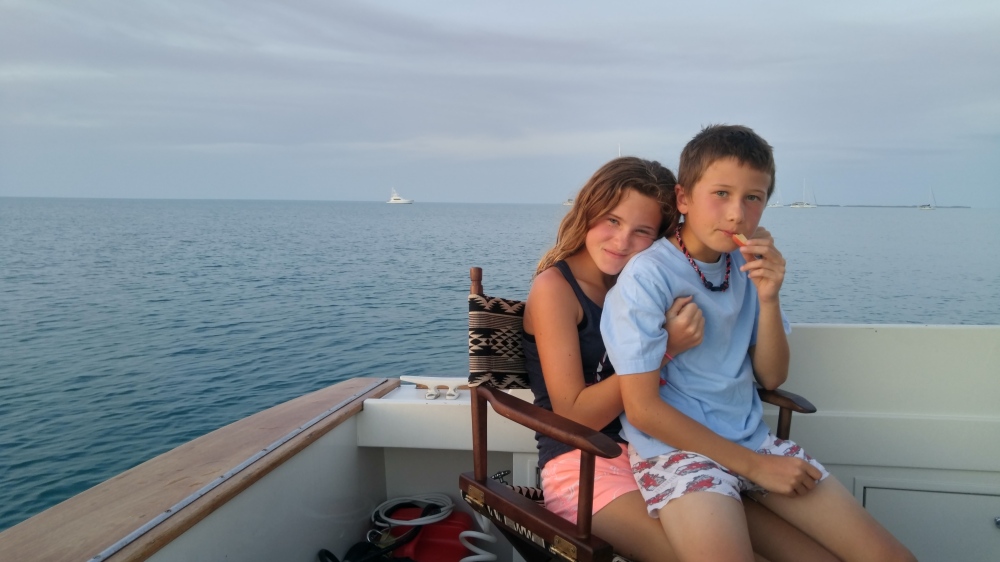 The second day (after a nice Easter breakfast, of course) we cruised 38 nautical miles to Spanish Cay where we checked into customs (all was done onboard our boat). At this point, we could pull our yellow Q flag and proudly replace it with the Bahama courtesy flag*. 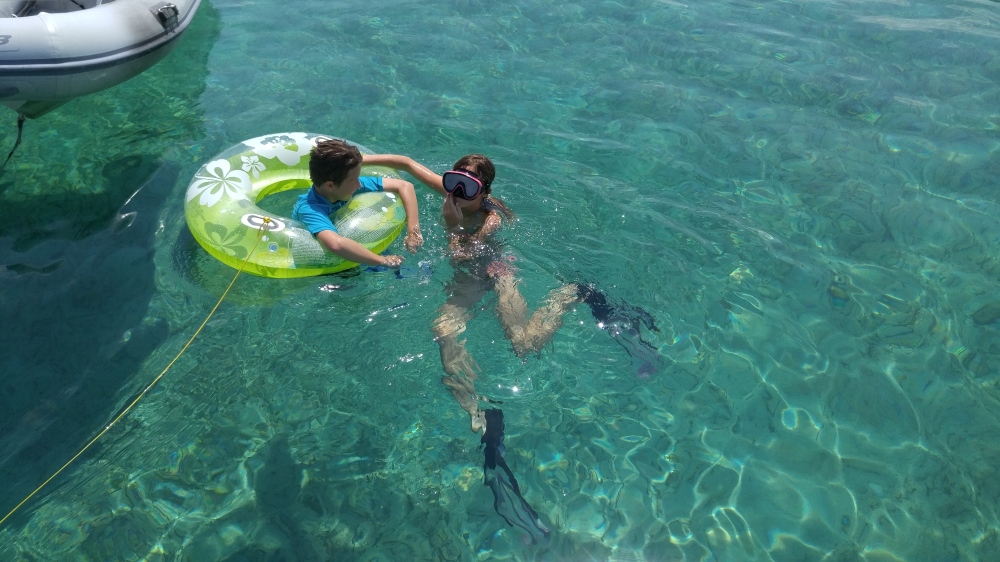 Next we cruised another 15 nm to a cool place called Green Turtle Cay. We ended up staying for two nights so we could walk into the town and see the local sights. That and the kids and I requested to stay put for a bit. Honestly, the three days of travel were amazing but a little overwhelming at the same time.

The fourth day we travelled 12 nm to Guana Cay and got in some swimming, snorkel and bodysurfing action. We played around in the Sea of Abaco then took Pipa to the town harbor. We walked across the island to the Atlantic side and one of the best beaches in all of the Bahamas. Even though the day was stormy, the beaches were soft sand and spectacular.

A frosty, rum-filled “frozen nipper” was just the treat at the end of the day, while the kids de-sanded in the salt water pools.

Day five was a move through a nasty storm and big swells to Man-o-War Cay.  At the time of this writing, we are soaked and happy to stay put for a night or two.  The town is rumored to be quaint and we will check it out when the weather improves before heading onward to Hopetown. 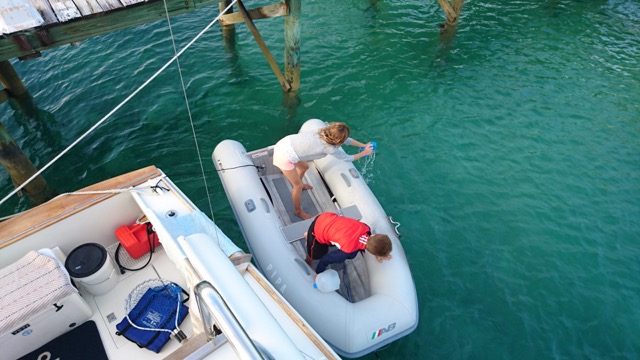 Kids bailing out Pipa after a heavy rain.

In five days we travelled roughly 193 nautical miles in multiple weather conditions, one major holiday and life on Cortado has been a dream.

*Bahamian customs require the display of the courtesy flag above the flag of the vessel. Our Bahamian flag flies from the fly-bridge, and our USA flag from the transom.