We meet interesting people every day, both on water and land. Sometimes we get their story, hear a song, share a poem or a glass of iced rum… Today we met Elvis and his uncle Henry – each full of character and wisdom ready and willing to impart.  Elvis (in top photo) is from Great Inagua Island and Henry is from Nassau. 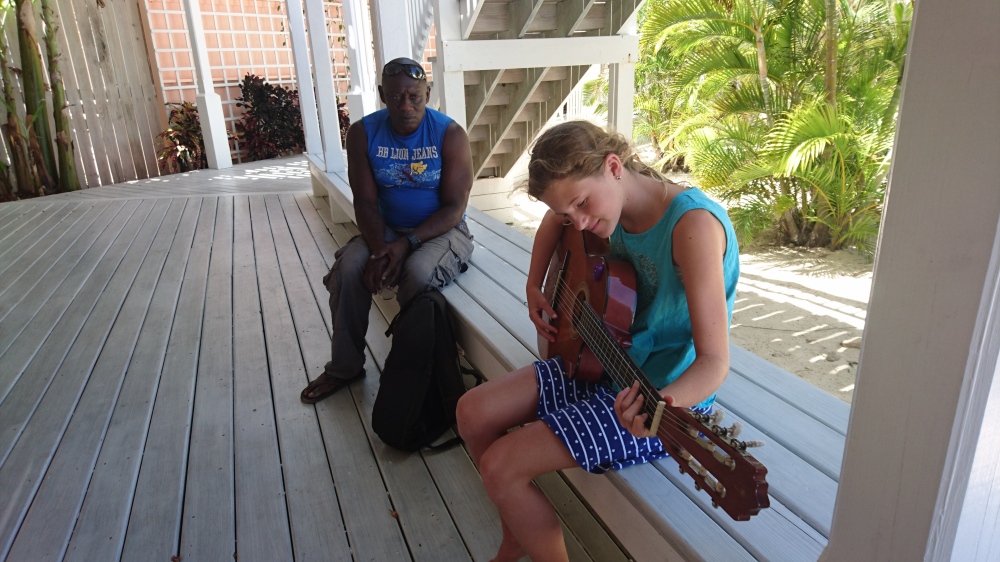 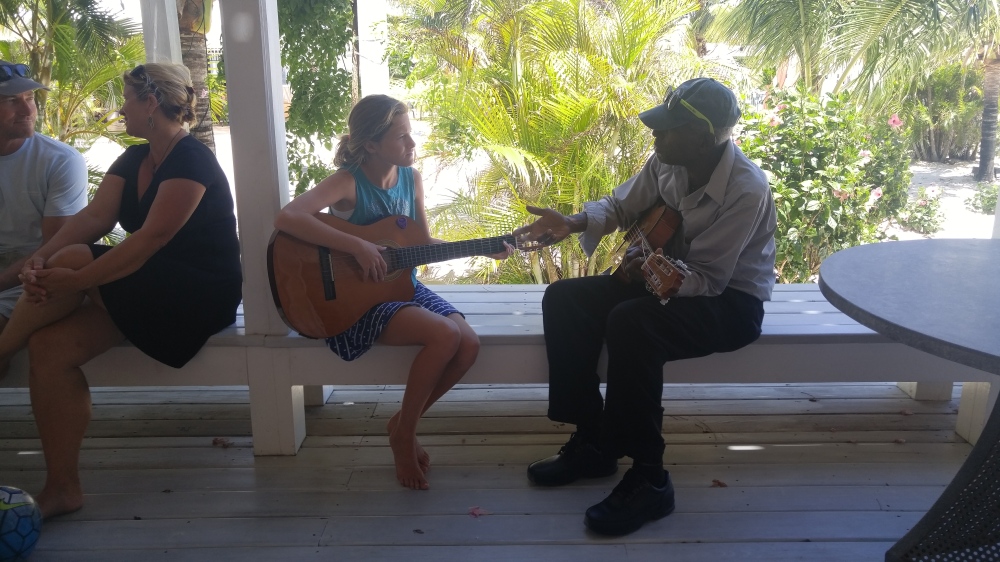 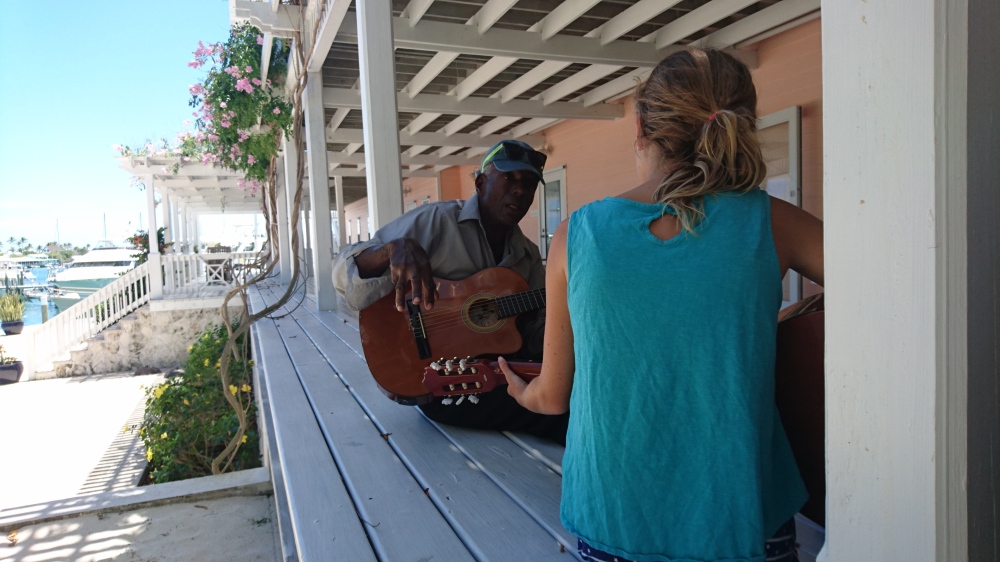 On this day, Sophia was lucky to get a guitar lesson and we all received some sage advice (and a song or two) from our new friends. In return, we shared some poetry the kids and I had written during school that morning. 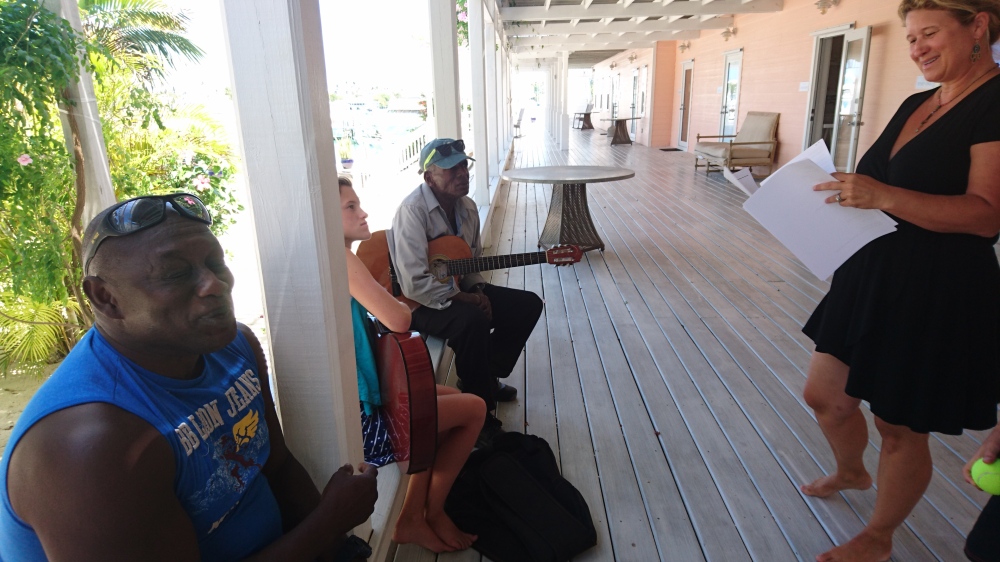 Elvis is the lighthouse keeper. He lights and manually cranks (every 2 hours, all night!) the Elbow Reef Lighthouse in Hopetown, which illuminates a treacherous area of the Atlantic. The lighthouse was built in 1864 and operates completely without electricity, like a gigantic, old-time grandfather clock.

The brick tower is about 90 feet high and it takes just over 100 stairs to reach the lantern room. To get outside, you crawl through a small window-opening at the very top. 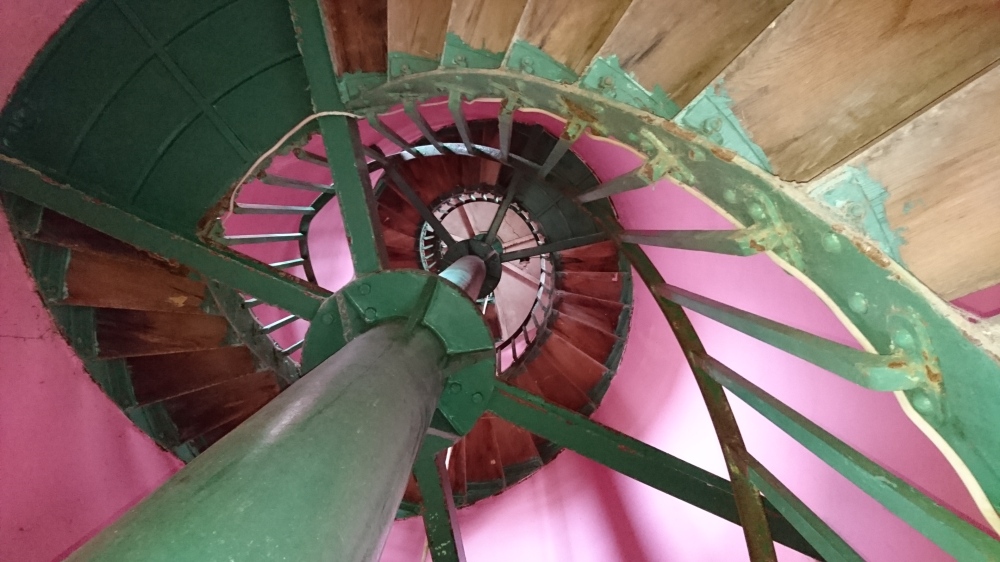 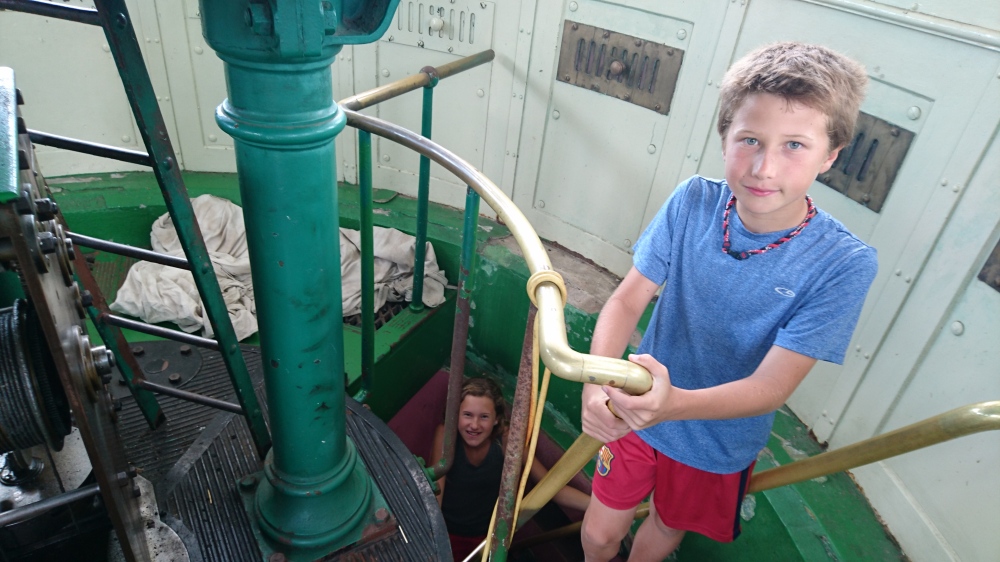 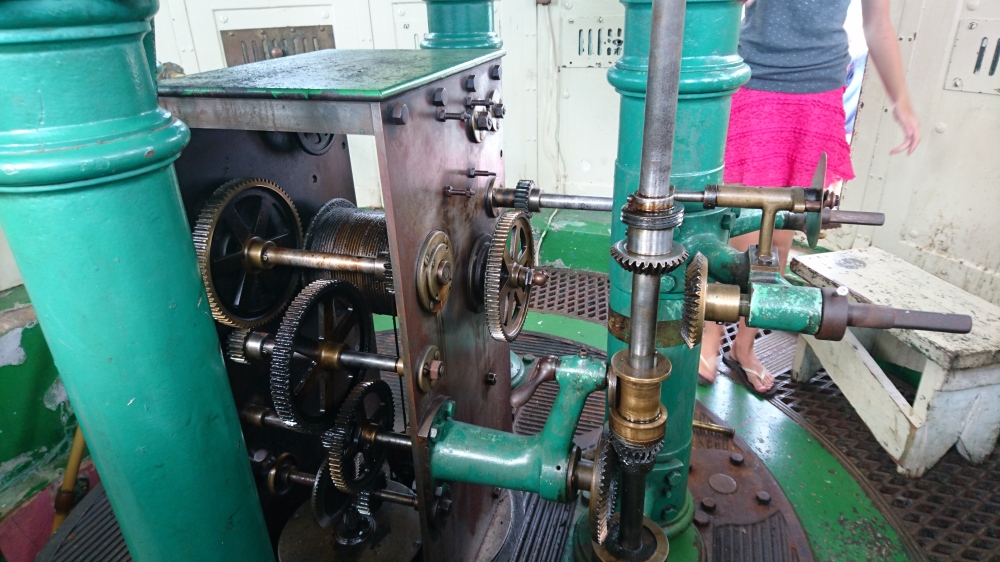 The lighthouse is amazing, and is rumored to be the last of its kind in the world. The Fresnel Lens weighs about 3-4 tons and floats in 1200 lbs of mercury to reduce friction while turning.  Each night at sundown, we knew Elvis would be ascending the stairs and we’d watch for the flicker of a flashlight as he cranked and lit the petroleum burner. 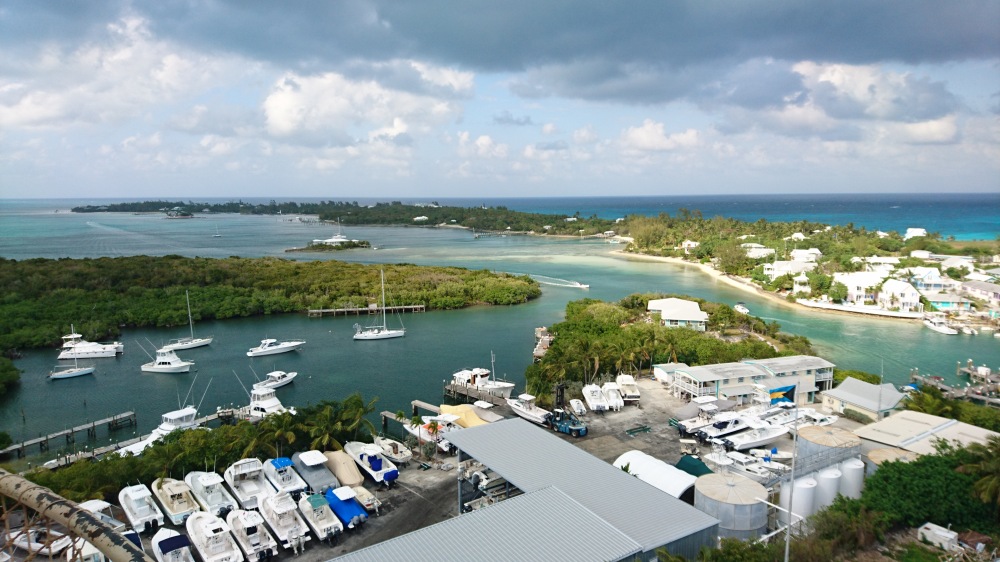 Views from the top were breathtaking, with the Sea of Abaco to the west and the Atlantic Ocean to the east. The barrier island between the two seas is called Elbow Cay, really a thin sliver of land with a natural harbor that was settled 175 years ago—wonderfully named Hopetown. 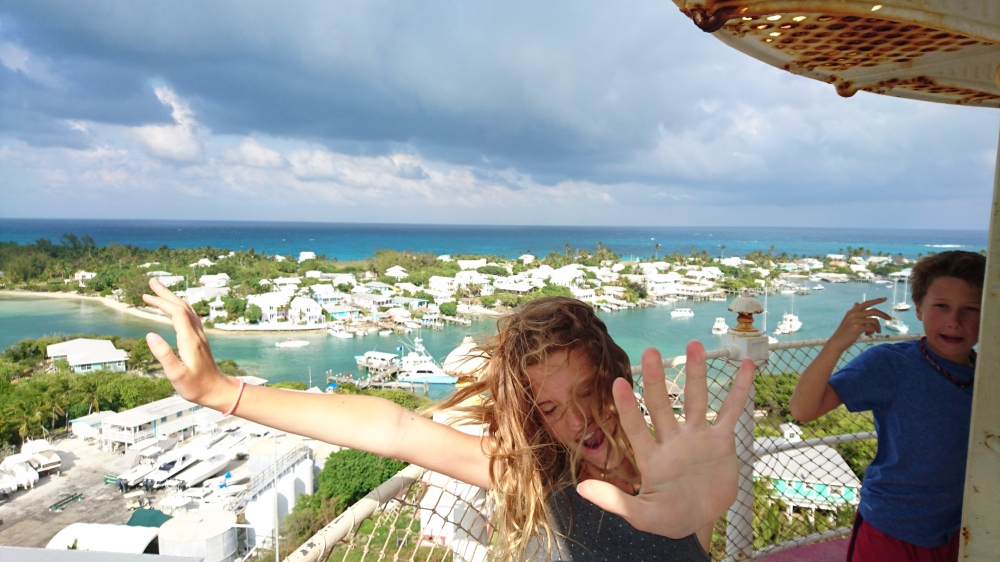